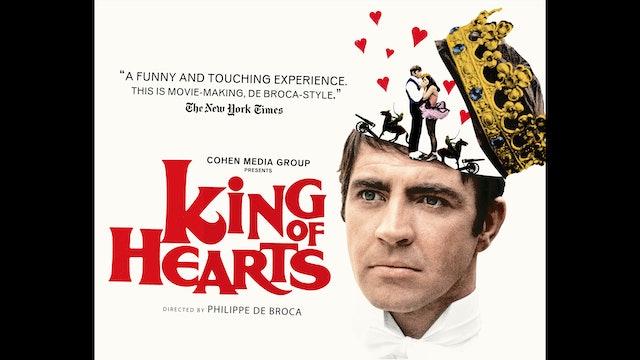 During World War I, Scottish soldier Private Plumpick is sent on a mission to a village in the French countryside to disarm a bomb set by the retreating German army. Plumpick encounters a strange town occupied by the former residents of the local psychiatric hospital who escaped after the villagers deserted. Assuming roles like Bishop, Duke, barber, and circus ringmaster, they warmly accept the visitor as their King of Hearts. With his reconnaissance and bomb-defusing mission looming, Plumpick starts to prefer the acceptance of the insane locals over the insanity of the war raging outside. Since its debut, King of Hearts has become a worldwide cult favorite and stands out as one of de Broca’s most memorable films. Fifty years after its original release, this satirical look at the absurdities of war is presented in a gorgeous new 4K restoration for modern audiences to discover. 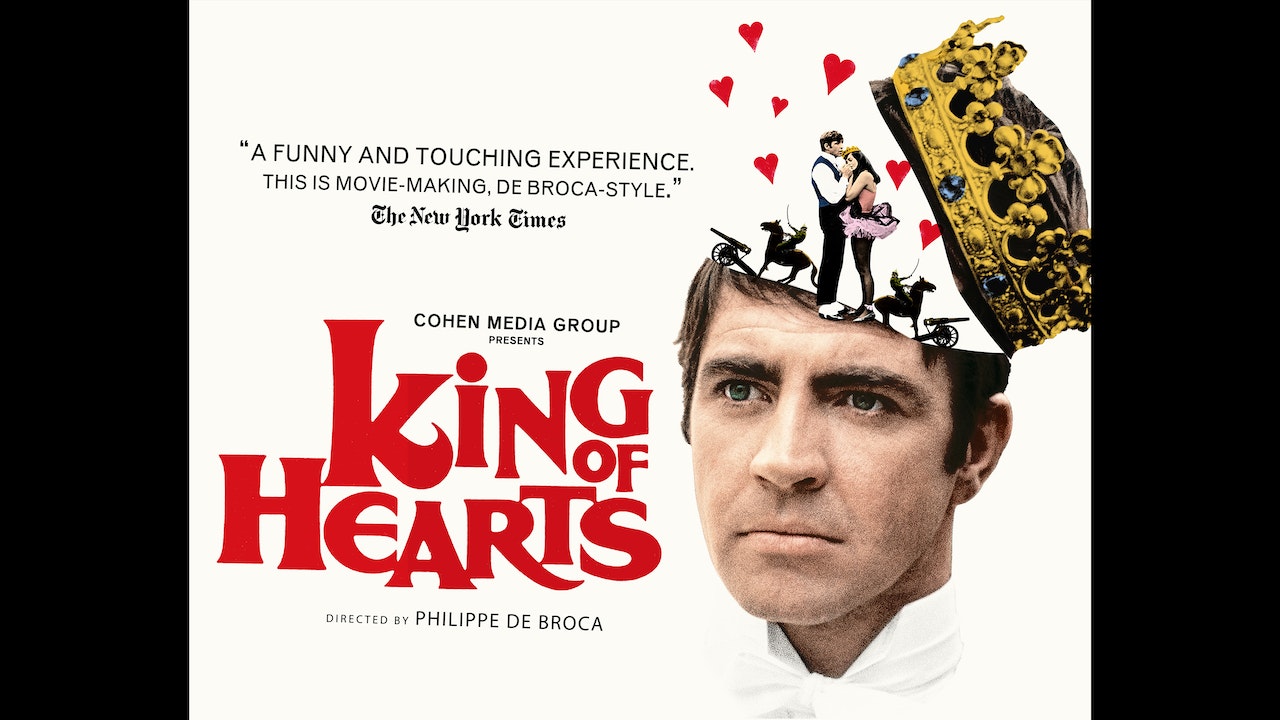